I'm tired of the city life,
Summer's on the run,
People tell me I should stay
But I got to get my fun

So don't try to hold me back
Aint nothing you can say
Snake eyes on the paradise
And we got to go today.

Take me to the April Sun in Cuba, oh, oh, oh,
Take me where the April sun gonna treat me
So right, so right...so right. 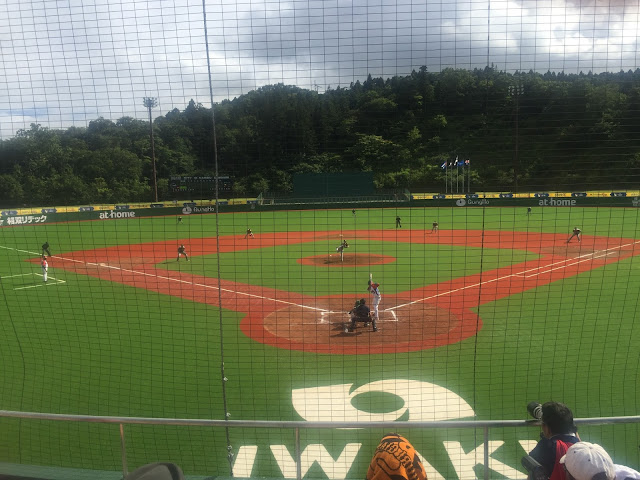 Playing Cuba is always a test. Of ability and character. They are an immense and imposing team whose world baseballing record is powerful and imposing. After getting stung by the Australian U/18 team in 2015 in a famous loss, they were justifiably on guard...to an extent. 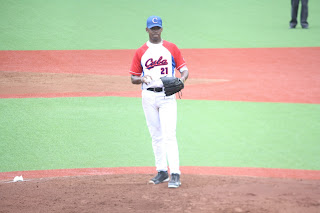 The crisp AstroTurf surface at Nambu Stadium was mightily impressive. Steamy smooth and sure, with cut outs of dirt at each base, it stretches on forever in its synthetic perfection. The same could not be said for the stands where shade is not part of the building code. A new business model for a shade sail and colorbond business downtown could surprise a few locals. It could be generously sponsored by the local hospital.

Not that it bothered the guilded youth of the Cuban team who swagger and strut like a West Indian cricket team on vacation. They have the
look, the reputation and the talent...ripe for an ambush by an adversary who can scrap and fight hard. But equally brilliant when required. More Cuba Gooding Junior than Castro.

With the misery of the Czech-out behind us, we set our sights on havana - a victory over Cuba. 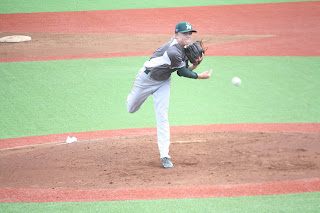 Significantly, Kortekaas pitched for us with vigour and intelligence. Understated yet overpowering at the same time. His leadership in picking up the pieces from yesterday was exceptional today. He was tradesman link and professionally defiant in the face of the usual Cuban gamesmanship - time wasting, delays, old fashioned prancing and posing. Undeterred...another strike out...ground out...pop up. A few hits, but limited and never consecutive. He was winning everyone over - not least of whom were his coaches and the crowd. His teammates provided outstanding support and resolve.

Nothing like the Australian disdain for an arrogant poser. Take your choice here today. Even Jack Nicholson struggled with the truth at a naval base in Cuba.

We came to play today with voice and energy; spirit and zeal. (Expensive that zeal, but works well with myhrr and vodka). Less ego and more teamwork. We were also blessed with the resounding support of a supremely energetic local high school who sang and chanted through green loud hailers right across nine highly vocal and supported innings. They were remarkable. Stunning.

A bit like the speed and swerve of the 85mph Cuban pitcher who was powerful and commanding sending down missiles. Bay of Pigs stuff. 'Struck out looking' received repeat business in the scorebook. However he also only met Caleb Shepherd today for the first time too. Caleb was outstanding today and soon sent a scorching double to right field which got us into a scoring position. Martin then nailed one to score Shepherd. 1-0 up. Our first run today - and of the tournament. 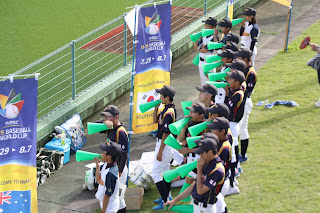 The Cubans soon clawed it back to 1-1 with some sensible play. But for all of this, the Australian boys were hooting and hollering after their first double play - especially when they realised the Cuban pitcher hit into it. The double play at the end of the second innings went from Bannon (2B) to Fierenzi (SS), then to Thomas Horne who was absolutely rock solid at first base today. 1-1 after two completed innings.

Their pitcher's curve ball was wicked and founded and forged on the strength of many hundreds of baseball games that our boys simply do not play. Our forty game season is dwarfed by their 150-200 game season. Baseball is an institution in their society. 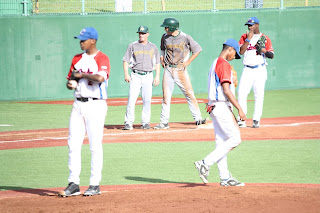 No Cuban crisis here either yet as a majestic Cuban triple sailed over first base. Throwing repeated fast balls at our pace is fodder for them while the catcher's accuracy and strength of arm is pinpointed with cruel judgement. Before we knew it, the third innings ended at 4-1 up to Cuba. Blake Cavill executed a powerful throw from third base to bring the momentum to a halt. JD our starting catcher also threw out a runner at two to check their confidence and levels of respect. Arrogance repellant.

In the 4th innings, Shepherd registered a second hit between first and second before Horne's infield single richoceted off the pitcher's glove near short stop. Fierenzi then scored Shepherd with a fielder's choice. 4-2.

The "Will Power" call from the stands spoke highly of the respect  Kortekaas was gathering. Every out was hard earned, but our execution from behind on the scoreboard was tight. Warm applause rippled from a reasonable sized crowd - as did the copious sweat. 4-2 after four completed innings.

Soon a towering hit to left field for a double by an elated Bannon set us up again. A fielder's choice by Lyberopolous saw Bannon safe at three...before he scored on a rare pass ball.  We were exhibiting great character before an excited crowd at 4-3 down. They were coming home in an ambulance. We were in a lamborgini.

Will Kortekaas left the mound midway through the fifth innings after have confounded the vast majority of Cuban players. Enter Blake Townsend, a huge human who threw hard and with great composure at a clutch time. He was iron willed too. Steely and purposeful, intent on victory. 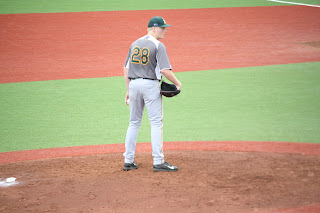 By this time there was growing strength in the dugout...attitude and venom appeared in healthy doses. We were not here to be trifled with through gamesmanship and Cuban nonsense. The umpires were across it all...but our coaches were generous in their advice. Feedback. There was srength there today and infectious excitement for the cause.

The 2000 Olympics chant of "Aussie Aussie Aussie" was even led raucously by the local Japanese support school. Their influence and impact could not be underestimate either. It is an exciting time for all the locals whose beauty and magnificence as a people - for us, is hard to fathom.

Even more remarkable was the flying yellow team of young volunteers whose job it is to tidy up bases after five completed innings and retrieve foul balls and equipment. All purpose bat boys and young groundsmen. Precision and teamwork Japanese style. Unbelievable. 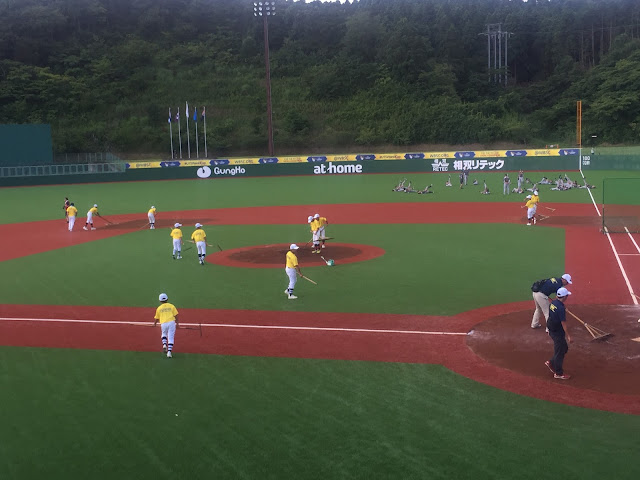 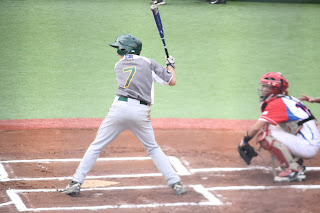 Ironically, by this stage of the game, the clouds had gathered with the slightest of drops appearing from the grimacing skies and nearby rolling hills. An omen for the Cuban side. We, let it be said, were havana a good time!

Across the sixth innings, we could not level it up but Caleb Shepherd's fly out catch at right field saw a wonderful throw to third base which stopped the Cuban runner from advancing. 3-4 it remained. The seventh innings saw Blake Townsend single up the middle in a stunning start. However, Bannon was caught by the catcher on the bunt...Lyberopolous was caught with a fly ball to short stop...Shepherd ground out. Ouch.

Two brilliant pieces of defence then were executed by us in the seventh innings where first base returned a throw to home in an impressive read by Horne to Burke. Out at the plate. Then in the eighth innings, Jo Stevens delighted in taking a stunning reflex catch at third base before turning and diving at the third base to secure a double. The timing was immense and it thrilled the crowd. The super arrogant Cuban No. 54 for them was out. He trudged off full of words and our boys did well to contain their tongues. Our dugout was more helpful. He suddenly looked more like he wanted a pineapple Mojito and a Cubano sandwich. The crowd bubbled and roared with excitement. We were in it till the death. With a little luck we could take it. 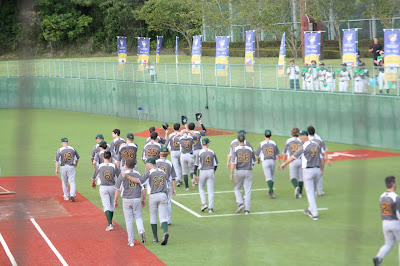 A pitching change was soon instituted to Blake Cavill who came on for Townsend. This put Blake under immense pressure and he delivered. A ground out from Fierenzi to Horne saved it for 4-3.

Finally into the ninth innings, we needed one run to tie it up and then force a possible win. Burke up...ground out. Then Jo Stevens went to a superb foul territory catch by their first baseman who ran a good thirty metres over his head to dive and take one millimetres from the right field fence. Two out,

Then Liam Evans #8 entered at the death...hoping to repeat some recent heroics. Not to be as he was struck out swinging at a high one. Oxygen. A loss. Ultimately, to borrow a cliche..close but no cigar.

Yet today was all about rekindling and delivering spirit and positivity. It was a sad end but the sun will come up tomorrow. Even if the local industry was doing their best to impede it. 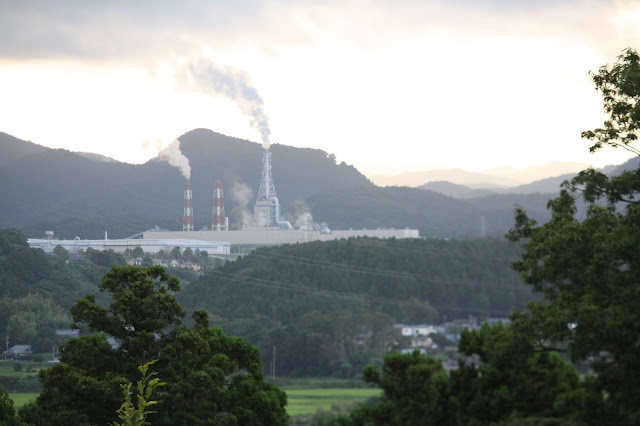 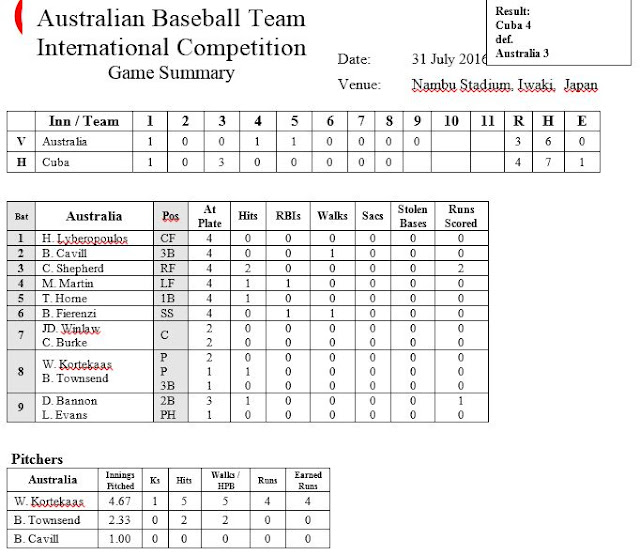