After a short camp on the Gold Coast, the U/15 Baseball World Cup Team for Iwaki Japan was announced (please see below). Liam McCallum and Blake Cavill heard the news in California as part of the NextGen U/14 Tour.

Both ex Australian MLB players, Ryan Rowland-Smith and Trent Oeltjen (team coaches) were on hand to congratulate both boys. Their selection was announced in front of all parents and players in the team - a remarkable moment of affirmation and celebration. The video below captures a slice of this. 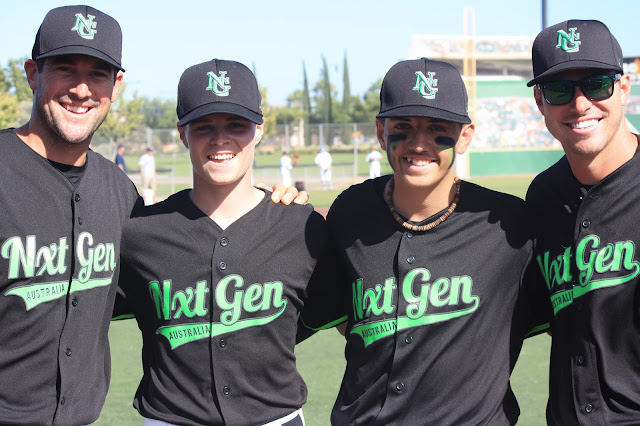 The schedule of U/15 World Cup Baseball games is as follows:


The official announcement of the boys' remarkable achievement in the Australian U/15 Basbeall World Cup team is included below: 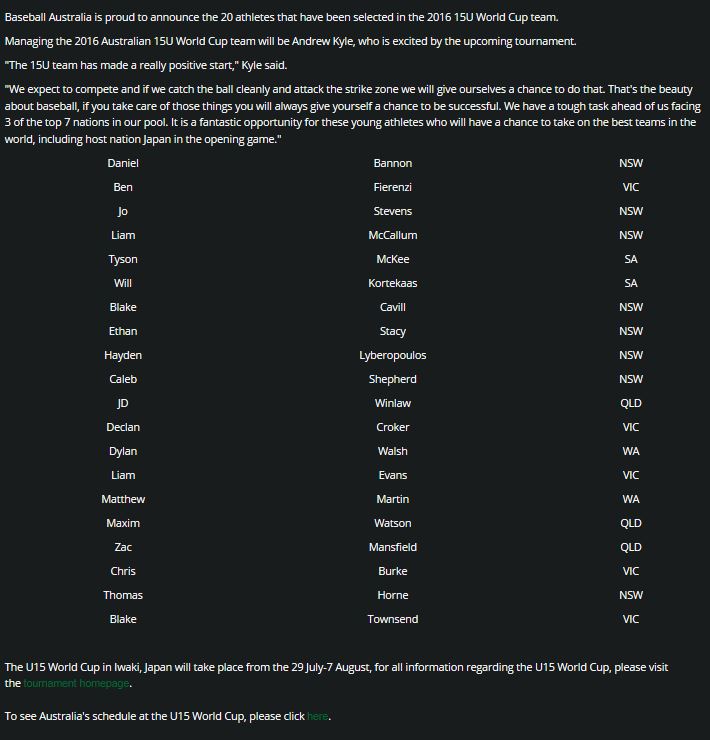 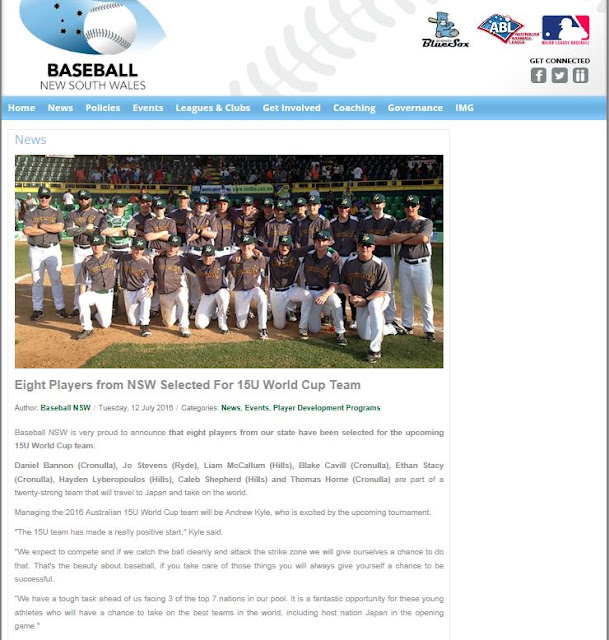