Under blue and sunny skies, the boys returned to the fully synthetic field at Nambu Stadium loaded with hope after an exceptional outing against Cuba. An early 9.00am start did not ease the searing heat which scorched the players and spectators alike. The field was a hotplate upon which no one wished to be fried. 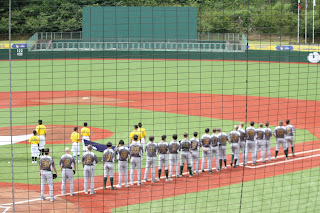 Unfortunately, from the get go a familiar tale from this tournament unfolded for us. As a baseballing country starved of baseball in comparison to these world heavyweights, we simply are mismatched in many areas at this age group. The impact of the elimination of our National U14 competition in preference for other baseball formats is obvious. Hard nosed moments are not experienced as often by our boys. Unbelievably, but for the competitive sense of a few, the U16 National competitiion would have met the same fate. Who are we kidding?

Critical tough moments of pressure where practised focus and good decision-making is required are not rehearsed enough in our boys' baseball at this age. The elimination of the weekly State Cup contest in New South Wales is part of this too. The participation ethos we have embraced is great, so is the broader Little League financial earn for the game, but the highly competitive player and their experience is just as important. Just ask the Columbians. The readiness is all.

Yet today, irrespective of this, we popped up, we ground out and we lacked strength and power with the stick in hand. Not to mention the general physicality of our rivals whose birth certificates reveal similar ages, but whose physical development suggests big differences to our boys. 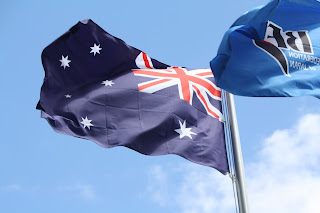 Columbia could play. Baseball mad and very good at it. Like Cuba, their supporters were also very good at divergent tactics, irritating the international scouts and their fraternity more than your average Australian parent. Rattling of cans and whistling, squeaking and shrilling of horns all added to the cauldron. Columbia were aggressive from the start. A monstrous hit over to left field for a ground rule double, followed by a hit to centrefield. Compelling.

Parents and family members who had made the long trek to Japan, dotted the stands and surrounds like they were at the beach. Hats, towels, umbrellas, half shade of saplings, light poles, purchased Japanese fans and the like were sought and secured. 5 million spent on the ground...200 yen spent on the spectators. You simply had to improvise under the blowtorch of the sun. The Columbian side's intensity and focus was also like a blow torch of another kind. 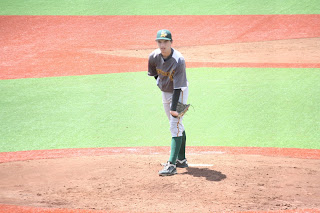 2-0 soon became 3-0 in their first innings as the relentless sun reminded us of the brutality of international baseball. An early coach visit to the mound is like when the principal comes to the classroom door. Never good. However Matthew Martin was putting in. These umpires are fierce with their set squares and theodolite zones.

Jo Stevens, our lead off also batted sensibly, and has showed wonderful judgement at key times at the plate. Walks got him on base twice today. Sadly, lack of follow up hits kept him there. 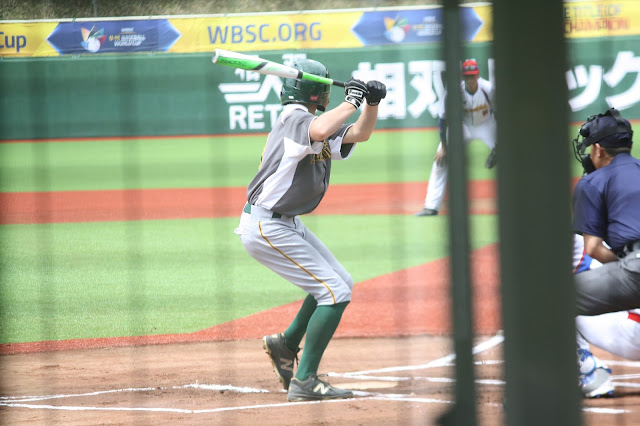 Pleasingly, the energetic Daniel Bannon got a hit to left field which was cheered loudly and strongly by the baseballing mad parents. Their resolve and support has been immense for all boys. Especially the luckless Hayden Lyberopolous whose towering hit to centre left today, was snaffled by a unbelievable diving catch by their centrefielder. There are no free moments for any player. Each play is under the microscope. Each play is a contest of wills and abilities at this tournament. Pressure abounds. Deep concentration is required. 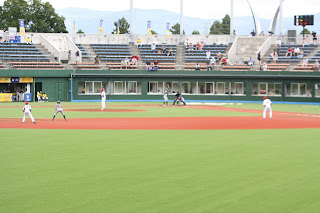 And so it became a somewhat disappointing game. Our intensity was not there - and should be. This is international baseball. Confidence is a strange thing. It comes and goes like an Iwaki seaside tide. Our boys have had to learn a lot about themselves at key times in this tournament.

JD Winlaw scrapped hard and secured a hit over left field, He caught well too in relief. Blake Cavill secured a couple of great left field catches, Ben Fierenzi drew a sensible walk at a clutch time...so did Maxim Martin but the inconsistency of throws to incorrect bases, small fumbles and getting hosed at second base by their outstanding catcher punctuated a disappointing outing. The score grew too..0-3 became 0-6, 8, 9 and 12. The seventh innings ended it at 12-0. 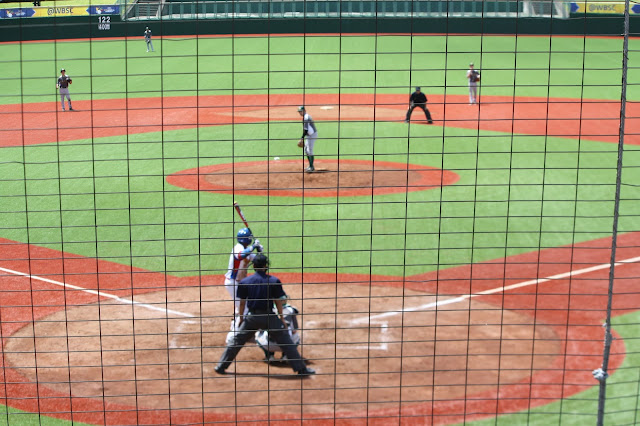 Our pitchers were not assisted by the field in any strong or consistent manner today. As a result, the weight of expectation then isolates and unfairly lands on their shoulders. Walks were surrendered in the quest. Ten in total which again has not assisted the required pressure to contain the opposition. We were loose...and ultimately cooked.

A cameo from Liam McCallum at the plate late in the game was a test for him which he managed well. Patient and considered. Eventually hitting a nice one to the left of second base who had to scramble and sprawl - as Central Americans can only do - to stop it, edging out Liam at first base. In their world of limited opportunities and toughness, Columbians give you nothing for free. 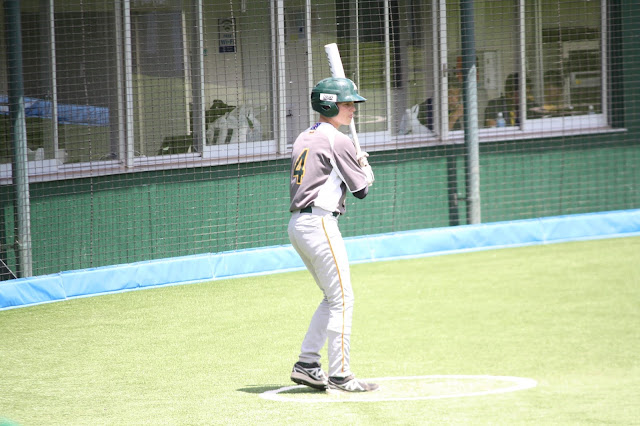 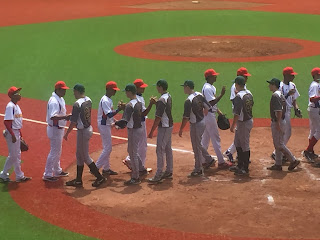 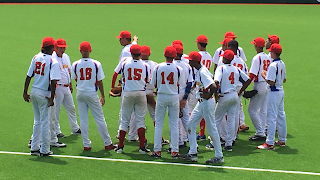 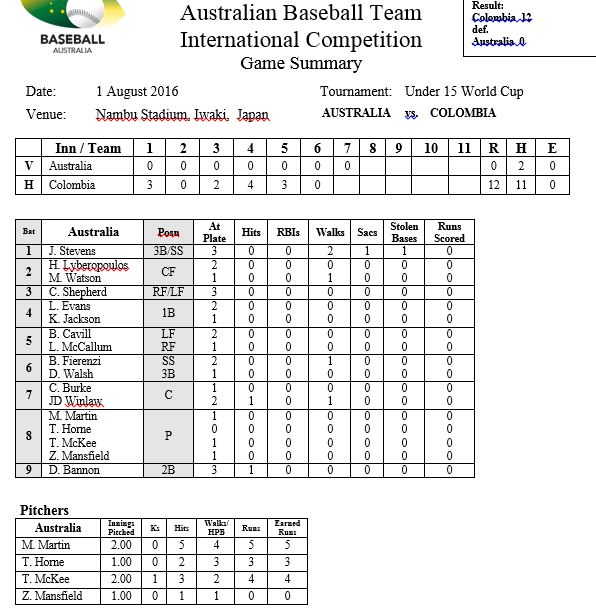