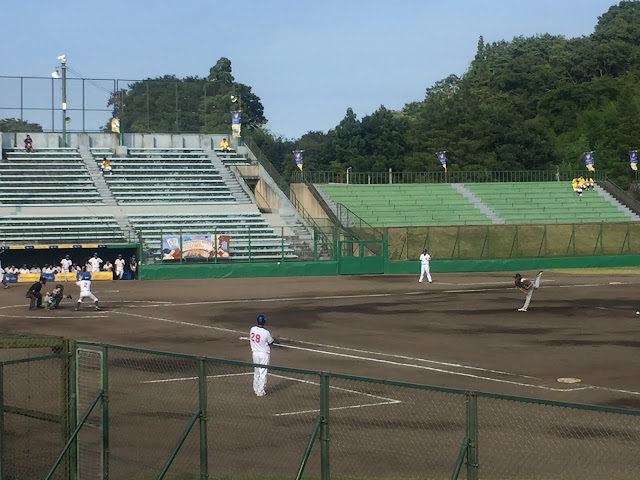 Following yesterday's rest day, the finalists were determined and drawn from the two groups.

From twelve teams participating, the teams qualifying for the 'Super Six' round were (from our Group A): Japan, Cuba and Columbia (and from Group B): USA, Venezuela, Panama. The might of the central Americans is obvious.

It rankles to write some of these team names, as we know we could have been in this 'Super Six' round with more drive and consistency. Korea beat Cuba which also burns bright, having lost by one run to the Cubans too. We were not far away. Interesting to see Cuba crush the USA 11-2!

In the plate/ aluminium crockery set, you have Australia, the Czech Republic (that one burns hard) and Korea from Group A while New Zealand, Mexico and Chinese Taipei enter from Group B.

We drew Chinese Taipei for the first of our final three games, a tough and wiry opponent who have won international tournaments before. They are quite experienced, big, powerful and skillful.T here are no easy games at this level. On the line were critical world ranking points.

We were scheduled at the suburban Taira Stadium near to Iwaki to do battle at 1.30pm - the peak of the sun's powers in these parts. A real test.

Our start coud not have been better. Lyberopolous led off with a well hit rifled club to centrefield. This was followed by a neat hit by Shepherd to right field. Liam Evans then executed really well under pressure for a hit of his own to score both runners for a quick and bright 2-0 lead. The boys were positive and upbeat. 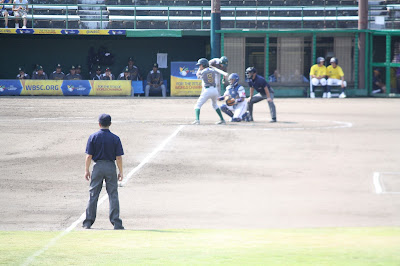 However, the Chinese Taipei team were unperturbed. Their infield and outfield chanted the whole game - a display of unity and resolve which was quite remarkable. It was a strange mix of shouting and barking of encouragement.  At times it sounded like a demented marsupial in distress. Regardless, it was relentless. 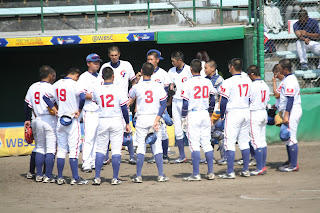 And so was their approach to the game.

Our team had been changed from the winning side against Korea and read as follows: Chris Burke (catcher), Tom Horne (1B), Daniel Bannon (2B), Ben Fierenzi (SS), Ky Jackson (3B), Blake Cavill (LF), Hayden Lyberopolous #10 (CF) and Caleb Shepherd (RF),

Liam Evans #8 (Pitcher) led the way for us, charged with the opening pitching responsibilities. With a walk, fly out, walk and a hit to right field, Graham Lloyd our pitching coach sauntered out to have an early friendly chat. Tom Selleck style.

It was an nervous early start. Pressure decision making in the field has been one of our greatest downfalls in this tournament while giving up walks has been the other. Hitting cuts and minimising damage from a secondary error or poor decision occurred again for 2-2. Then a composed sac fly from them got the jump on us for 2-3. 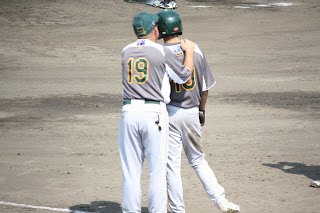 Having struggled to impose his strong ability in the way he would have wished in the games to date, Hayden Lyberopolous had a stunning hitting game today. His presence as a runner on first base became a very regular show as he demonstrated physical strength and resolve to lead the boys with three hits. Whispered tactics from our coaches were required with the chanting and volume of the Chinese Taipei team. Each base runner for us is a precious moment.

Twice in the opening three innings, a misdirected pick off or half chance surprise throw from us saw the ball run away for additional bases. This killed us. A gift from down under to these ruthless teams of precision. 2-4 down.

With the strength of this competition, you put runners on base and invariably these runners score on the hit. And sure enough, 2-5 became 2-6 with a hit over left field. The coaching patience at times has been both admirable and astounding. 2-6 was a long way back, when an earlier intervention may have been required. 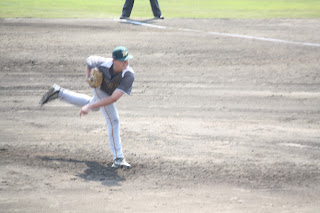 The new pitcher, Zac Mansfield #14 arrived to settle things down and did a great job. However no pitcher of ours has ripped it through these batters. They are high quality. Strike outs have been as rare as a new John Cougar Mellencamp song. You put it there enough and you get hit. And with that, a hit to right field secured a 2-7 lead for our opposition. A mighty hit over right field then saw them earn position through this triple...which then from a.dropped third strike and out at one enabled them to simultaneously steal home for 2-8. We were getting a baseball lesson.

Blake Cavill showed composure to yield three walks across the game, Caleb Shepherd copped a painful one on his knee and hobbled to first base...we were striving and working hard, but no support act was getting us across the line. Our inconsistency saw hope offered and then saw it snatched away brutally with no scoreboard inroads. 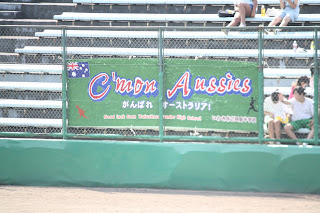 Zac Mansfield got out of their fifth innings with style as the heat scorched the grass outfield of the auditorium. The conditions have been a real test at times, but of course all teams have faced the same conditions. At times today we clearly looked like we had the slower reflexes. An optical illusion perhaps.

On the Chinese Taipei chanting went, unabated. Mansfield had put the brakes on in impressive fashion but still the heat soaked the field and sapped our spirits.

At 2-8 it felt even hotter as the baked mud cake of an infield offered only a glassy shimmer and no relief.

Dylan Walsh's outing as our third pitcher was tremendous. He was aggressive and accurate, giving away no walks. It was punctuated by a superb double play at the end of the seventh...a double play at first to second and then back to an athletic Walsh scooting back from the mound across to one. 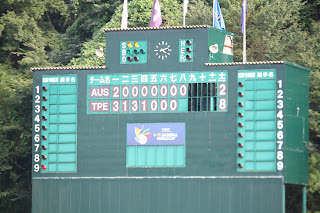 A late hit to a resourceful and crafty Fierenzi and a double to the powerful Townsend reminded us of what could have been.

Blake Cavill's throw from left field to the plate to nail a homeward bound runner was also a late highlight. But all in vain.

A final strike out shut us into a disappointing 8-2 loss. 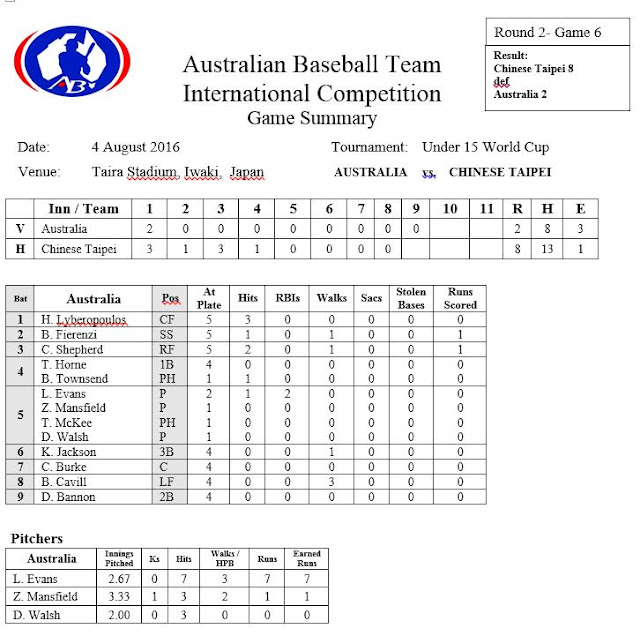